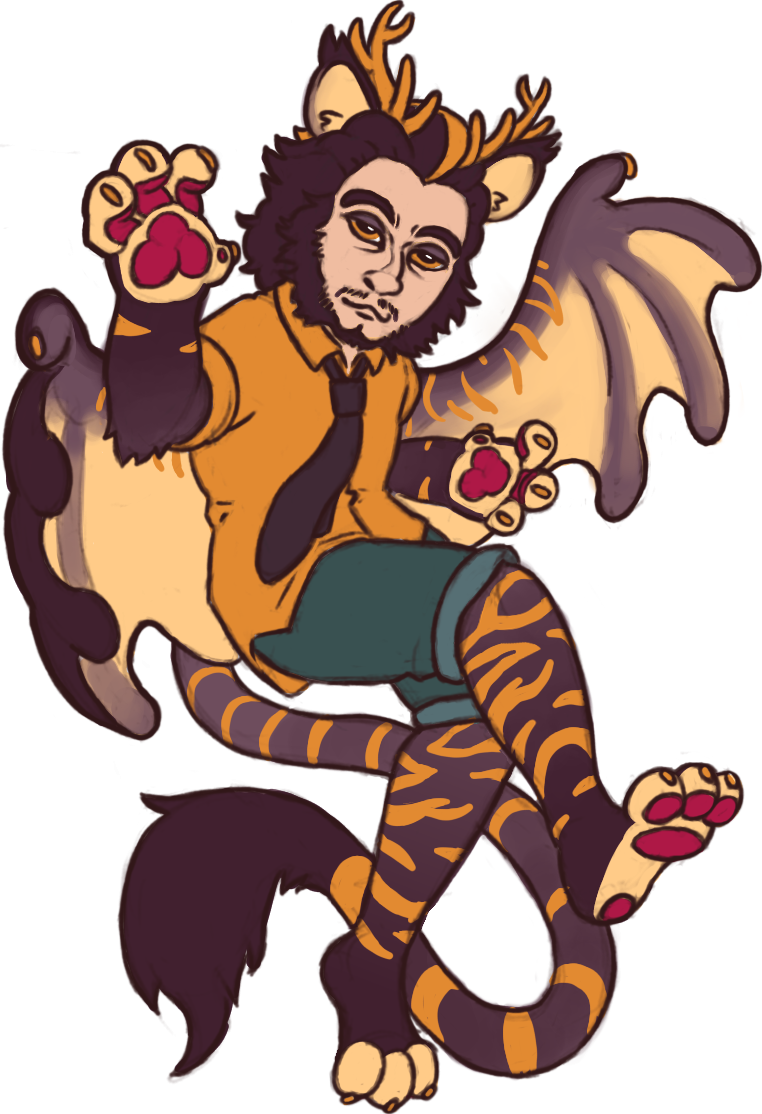 mordecai is a celestial creature manifested on earth to study human subcultures, anarchism and alterhumanity. it uses it/its + he/him pronouns and would prefer you always spell its name in lower case. you can find it in the following places online:

interests include: worldbuilding and conlanging, vexillology and heraldry, astrology, PIE and AE religion, and the history of piracy.

recurring motifs include: space and solar imagery, black and purple and fuchsia and gold, gods and/or kings and/or monsters, the occult, divine madness, and queering discourses.

it's a shemsu of Kemetic Orthodoxy, an on-and-off member of Ár nDraíocht Féin and the Scottish Pagan Federation, an apprentice magician, and an egotheistic eclectic something-or-other.

it's also an organizer at Alt+H. it's pretty neat. you should check it out.

stuff i made and words i wrote

a list of stuff that made me the person i am

alternatives to mainstream social media for the alterhuman communities

stuff i think you should read for the greater good