sun/creations/median-selfhood
this post was originally made on tumblr on the 22nd august 2019. it also got some interesting additions from shyocean here.

tiny-duck asked: Hey, I was wondering if you could expand on what you wrote in some tags “any criteria of Selfhood can be an axis of plurality and any axis of plurality can be mediany”? It’s a very interesting idea and I’d love to hear more about that! Have a nice day!

alright. what is the Self? 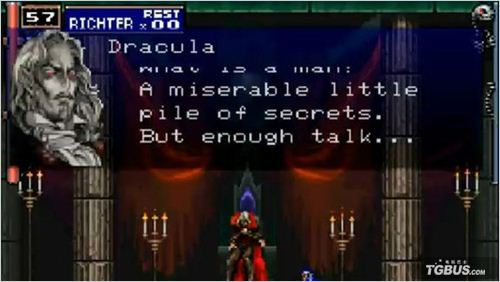 the self is an individual person as the object of [their] own reflective consciousness“ according to wikipedia. that means the primary criteria of selfhood is ego, or the ability to experience an ‘I’. but i think for a lot of plurals there are several more aspects for which enough difference might cause us to identify that difference as a different self. these are aspects that we just can’t compare and contrast in singlets. i would identify (some of) these as:

like, wei fluctuate wildly in how ‘separate’ wei are. sometimes the only thing keeping us together as median is the fact that we all actively identify into that (particularly because we actually manifest inworld in separate bodies a lot). on the other hand, i’ve seen plenty of ‘angry!me, child!me, girl!me’ type systems who still consider themselves all individuals.
it’s up to the discretion of the individual/s to decide how numerous and how big these kinds of differences need to be to count.

so we arrive at a mental map that looks something like this: 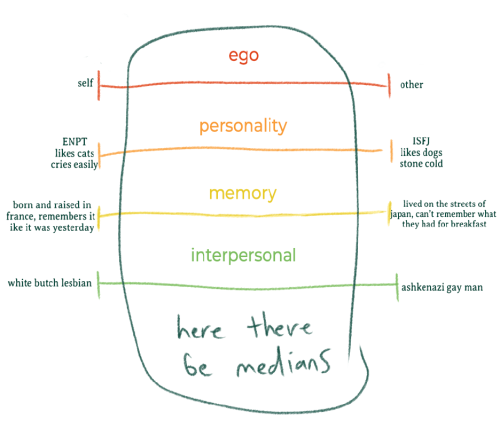 thinking of plurality like this, by the way, is why i totally accept the idea of BPD and schizospec systems - who overwhelmingly seem to be median, in my experience. i mean, wei consider muirself schizogenic, and a lot of my formulation of these axes comes from what’s described the EASE scale and muir actual lived experiences of those things.

simply put, medianhood is the nonbinary of the self-other binary in every way there can be a difference there. and i think taking a closer look at what those ways can be is going to help us establish a greater understanding of medianhood in plural spaces (because, you know, it’s still underrepresented as fuck) as well as plurality as a whole. as long as we don’t get too prescriptive with it, that is. there are almost certainly different ways you can chop this up, and almost certainly other things that might make a being-other that i haven’t thought of.

frankly, i think plurality and particularly medianhood have huge implications for the field of philosophy of self, and i’d love to turn more attention to that